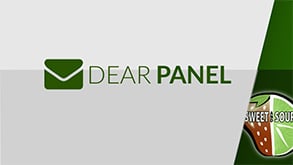 Below are the letters from Episode 13 2018. Have your say on these topics in the comments section.

Last month, during the middle of one particular night, I awoke at 3 am to hear my very mature 14-year-old daughter sobbing in her bedroom. After much probing, she finally revealed that my mum, who passed away a year before, apparently visited her and warned against attending school the following day.

In short, as she was traumatised I allowed her to stay at home that day. We learnt the following morning that a staircase collapsed at school as her maths class was dismissed, and thankfully while there were many sprains and scratches suffered by her school friends, not a soul was seriously hurt. Since then, it’s had a very positive and real effect on my daughter to the extent of her wanting to attend our church every week, and finally letting go of the grief that she was baring because of my mum’s passing. They were both very close. We all were.

The World was ecstatic when we managed to assassinate Osama Bin Laden. I heard every Western leader utter the same comments in varying fashion about how jubilant they are because he’s dead. I didn’t hear a single comment from anyone along the lines that “we hope the world will be a safer, happier place because of these actions”. I think that’s because these actions were all about vengeance rather than healing, and as most of us should be aware, violence begets violence.

Out of this violence was born Isis and gave us years of bloodshed. Although it is almost completely wiped in the Caliphate the remaining Isis groups that are reforming around the planet will still be looking to take retaliatory action around the world. The violence in Sri Lanka recently is case in point.

The West was justified, so we said in hunting down Bin Laden and that’s because he struck first with the World Trade Centre. How utterly immature of the Western world to gloat and goad into more violence that has lasted years. I didn’t feel safe when George Bush retaliated and sent the troops into Iraq. And I don’t feel safe when the news channels are telling me Isis is almost now wiped out.... But it’s not as we know.

Why can’t the Western world wake up to the fact that the promotion of peace through peace is the only proper course because every violent action begets a violent reaction?

Hi there Mitch and Crew,

It probably wasn’t the smartest thing to do, but I left my husband for another man. At the time it seemed very right. We were completely head over heels in love with each other and we didn’t want to hurt our respective partners (yes, he was a married man) any more than we had to. But after two glorious months with this man my world came crashing in – he had been cheating not only on his wife but on me as well.

I was in a very bad way for a while, but I’ve managed to regroup and I want to go back to my husband. The thing is he doesn’t want to know me and of course I can’t blame him. How can I prove to him that I’m a changed woman and that I still love him? Do you think I have any chance? Isn’t it wrong to hold a grudge for so long?

There is another very serious complication to all this, I’m pregnant. I only have a small window for termination but need to hear perspectives on how I should deal with all of this.